Nestled at the southern base of Camelback mountain, Arcadia offers idyllic living with all the best of Arizona accessible in minutes.  Often considered to be right in the “sweet spot” of Phoenix, Arcadia puts homeowners between downtown Phoenix on one side and Old Town Scottsdale’s upscale shopping and entertainment district on the other. 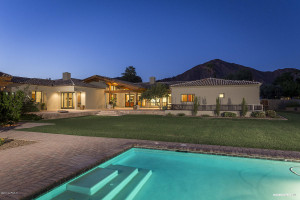 Residents enjoy beautiful views of Camelback mountain from their backyards, or head out to any of the major shopping and resort style amenities nearby. Many local cafes and boutique restaurants line the neighborhood streets of Arcadia. Som

e of the valleys most popular restaurants are nearby, including The Vig, Postino, and La Grande Orange. Additionally the world famous Biltmore and Phoenician hotels are just a stones throw away.

Unlike many of Central hoods developed in the first half of the 1900’s the Arcadia area was strictly citrus farms until the mid 1950’s.  By this time it suburbanized into ranch styled homes and large lots, similar to North Central Phoenix. Like many areas of Central Phoenix, Irrigation is commonplace in Arcadia.   However, over the past few years a large revitalization has been underway in the area.  Many of these properties have been torn down and large estates have been built in place. It is considered one of the hottest places to live in the valley.  An address in proper Arcadia will cost you currently just under a million for an original ranch estate under a half acre or so.  Prices can stretch upwards or 10 million dollars. 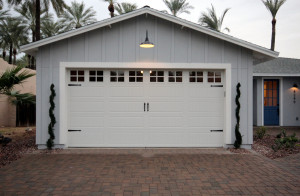 The truth is Arcadia is actually a pretty small area, geographically speaking.  However, since residents like to use the name Arcadia, its outreach has stretched beyond its formal boundaries.  Now, “Arcadia-Lite” has been coined to most of the area to the south of the proper boundaries which is characterized by much more modest homes in larger number, although still very popular.