September, 2015 brought 9,396 new property listings to the greater Phoenix area, up from 8,837 listings last month in August.  The amount of properties sold in September was just 100 properties shy of the 7,088 that were sold in August.  Statistically, the August and September numbers fall into line with past years.  Take a look at the following which clearly shows near identical habits of property being listed in the valley over the past couple years.  January – December 2014 has the almost exact same listing pattern thus far through September of 2015. 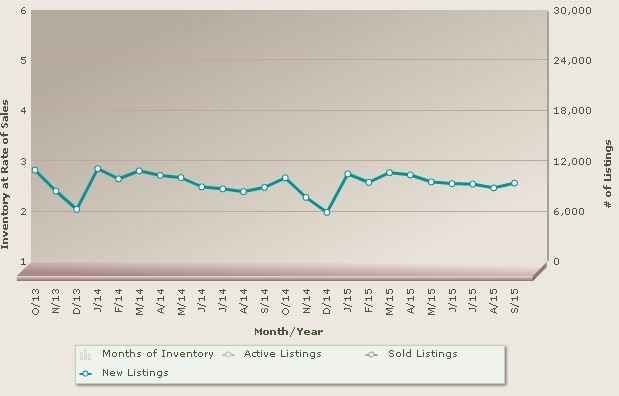 October in Phoenix means the valley’s population will start to grow for the season.  With the increasing population and full time residents stepping outside for a fresh of breath air we should see an increase in both number of homes listed, as well as homes sold. If statistics hold true a similar number of homes will come on the market in October than both November and December combined. If you are thinking of buying a new home this year, October provides a great opportunity for a larger than usual selection of homes to choose from.  If you are ready to start shopping for your new home, Search the MLS right here on my web page. Happy Hunting!