We’re almost half way through 2015 (wasn’t it just New Years?) and we’ve learned a lot about the 2015 real estate market in the valley.  Buyers, sellers and Brokers alike are describing the market as a ‘healthy’ market.

Let’s break that down, what exactly defines a healthy market?  Is it bidding wars?  Amount of time it takes to sell a property?  The reduced amount of foreclosures on the market?  Or is it the new wave of buyers entering the market?  In my opinion it’s all of these.   If you are not actively looking for a home you might not realize there are bidding wars occurring in Phoenix right this very moment.

But don’t fret; bidding wars are only happening in certain pockets and in a certain price range, mainly under $200k. On the opposite end of the spectrum, higher end homes (1 million +) are sitting on the market longer and on average are selling under listing price. 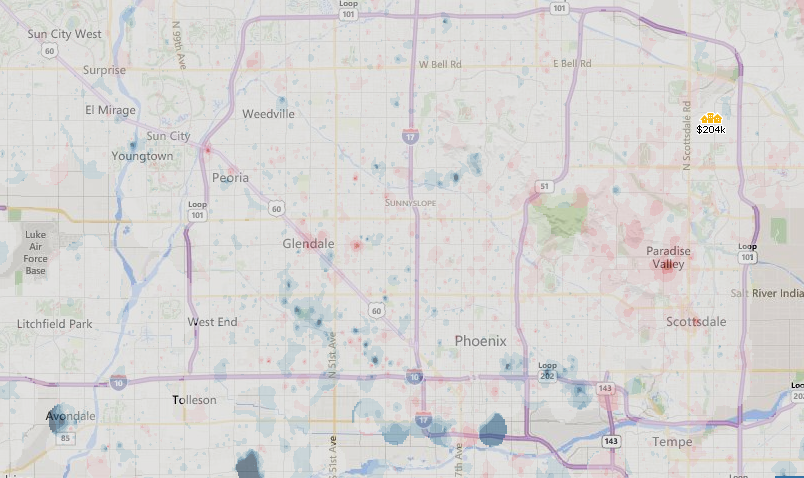 There’s not THAT much color you say?   So what does this mean?  In this Realtor’s opinion it means a healthy market.  Take a look at this heat map of distressed properties, where red is defined as a concentration of foreclosures and short sales. Despite some light shading in the west valley, the rest of the valley is virtually colorless meaning less and less people are having problems paying their mortgages. 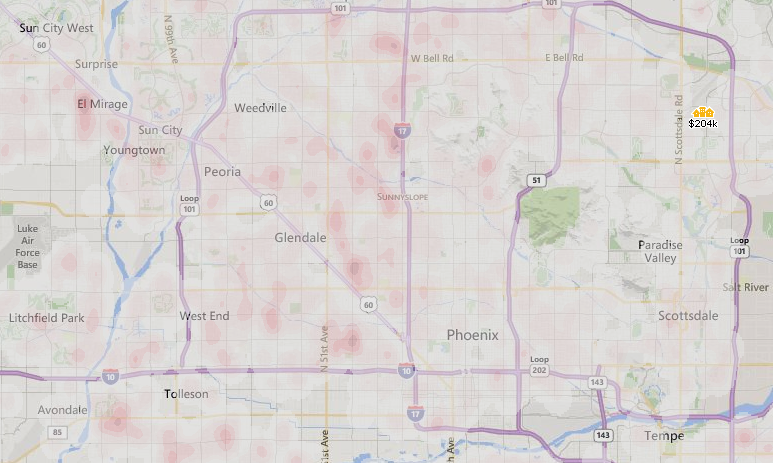 Overall, over the last 12 months, Maricopa County has seen a healthy 4.49% appreciation, bringing the Median estimated home value to $204,000. While many areas have blossomed, some also continue to struggle to gain traction.